What is a Stock? 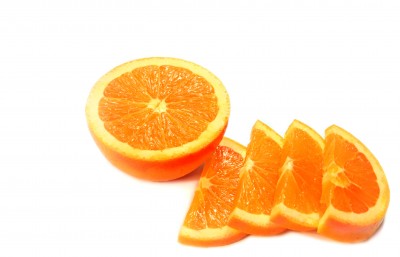 A stock is a partial ownership in a company or corporation. For explanation purposes, we will address shares of a publicly traded company. To put it plainly, owning stock lets you share in a company’s profits (and losses) by purchasing shares (or just a single share) which give you a piece of ownership in the company.

Owning shares of stock in a publicly traded company allows you the opportunity to capitalize on the success of that company. As the company becomes more and more profitable the shares of stock often rise in price. This, in turn, can translate into instant income, given you sell the shares for more than you paid for them.

Why does a company want to sell me stock?

When a business is trying to raise money for a project, like a new product line or an overseas manufacturing facility, they may need additional capital to reach their goal. One way of producing more money is to sell some of the ownership of the company to other people, in the form of stock shares. You give the company money in exchange for a fraction of the ownership and any profits in the company.

When a company sells stock for the first time it is known as an Initial Public Offering or an IPO, since this is the very first time shares have been available for purchase by the general public. IPOs can offer hundreds of thousands of shares for sale, with many selling stocks into the hundreds of millions of shares. The more shares of stock a company offers up for sale, the more the company is diluting its ownership stake. They are increasing their cash on hand by decreasing the percentage of the company they own.

More pieces of the pie.

Say you have your favorite pie in the kitchen. The pie is all yours but eight of your friends stop by and see it on the counter and each offer you $5 for one slice. You’ve just made $40 by selling eight pieces of your pie to other people. Now think of selling one million pieces of pie and you began to see why a company would want to sell shares of ownership in the first place!

Not all of a company’s stock is sold to outsiders. The lion’s share of the stock is still retained by the owners of the company. Since the stock shares represent actual company ownership, the owners must keep the majority of any shares issued to make sure they still control the company.

This is the reason you may have heard of a company encountering a hostile takeover, as an investor or other company looks to buy stock to become the majority shareholder, thus giving them legal control over the company.

What do I get out of giving a company more cash?

One of the benefits stock ownership gives you is voting rights within the corporation. Since you are one of the many owners of the company, you have a right to voice your opinion on any issues or policies that may come up for a vote within the company.

The obvious benefit and the major reason anyone buys stocks are to share in the company’s profits. Profits can come in the form of a dividend payment, where the company pays a set amount for each share of stock you own. This is usually paid out in quarterly installments or four times a year.

Profits can also be generated by the shares you hold increasing in value as the company’s sales and profits increase. Oftentimes news of a money saving or income generating policy can cause a stock’s price to increase, even if the action has yet to be taken.

I must note here that just because a stock’s price may rise in value, it doesn’t instantly result in profit. This is what is known as an unrealized gain. This is because the stock’s price has risen but since you haven’t actually sold the stock to take hold of the gains,  you technically don’t have that profit yet.

The flip side of this coin is an unrealized loss. Many investors hold onto terrible stocks because they technically haven’t lost money; only because they haven’t sold their shares at a loss.

Make sure you always pick the best stocks.

Download my free cheat sheet and never get stuck with a bad stock again.

This website uses cookies to improve your experience while you navigate through the website. Out of these, the cookies that are categorized as necessary are stored on your browser as they are essential for the working of basic functionalities of the website. We also use third-party cookies that help us analyze and understand how you use this website. These cookies will be stored in your browser only with your consent. You also have the option to opt-out of these cookies. But opting out of some of these cookies may affect your browsing experience.
Necessary Always Enabled
Necessary cookies are absolutely essential for the website to function properly. These cookies ensure basic functionalities and security features of the website, anonymously.
Functional
Functional cookies help to perform certain functionalities like sharing the content of the website on social media platforms, collect feedbacks, and other third-party features.
Performance
Performance cookies are used to understand and analyze the key performance indexes of the website which helps in delivering a better user experience for the visitors.
Analytics
Analytical cookies are used to understand how visitors interact with the website. These cookies help provide information on metrics the number of visitors, bounce rate, traffic source, etc.
Advertisement
Advertisement cookies are used to provide visitors with relevant ads and marketing campaigns. These cookies track visitors across websites and collect information to provide customized ads.
Others
Other uncategorized cookies are those that are being analyzed and have not been classified into a category as yet.
SAVE & ACCEPT